Our Visit to Sderot and Community Service Celebration 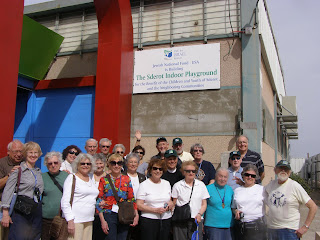 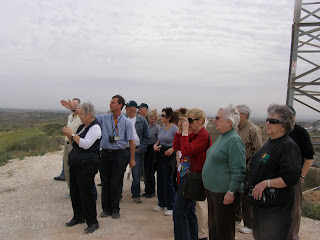 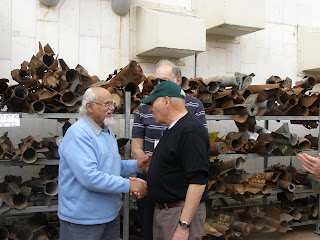 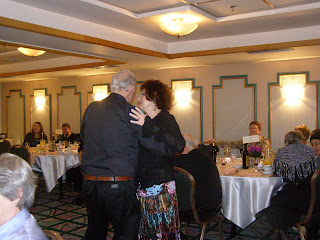 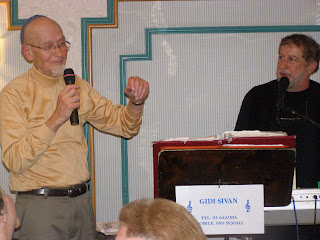 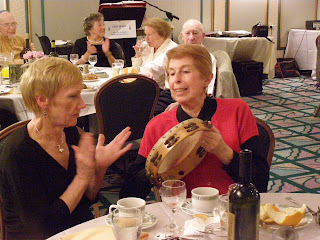 By Marcia and Ron Bercov – Edmonton, Canada
Our group took a trip to a very special place. On Monday, 9 February we drove south from Tel Aviv – to Sderot, a community much in the news as the destination of too many Hamas rockets. Yes, we saw the rockets, labelled by date and location, and heard about the trauma to everyone as a result of the continual bombardment. Our host, Shalom HaLevi, said that his family arrived there in 1907 from Yemen, and he intended to stay! He explained about the sad changes in life in Sderot during the last eight years, and how the children can no longer play outside. During our drive to meet Mr. HaLevi we had seen bomb shelters on nearly every corner near bus stops, located so that people could run to them within the 15 second time between the alert and the rocket’s impact.
And then, a creative solution to this sad situation – we drove to an amazing place under construction – a 19,000 square foot indoor playground! The project was started last spring, funded by the Jewish National Fund from the U.S. and with help from many people who expedited permits and found hard working contractors, and will be completed in March, a huge project done in six short months. There was a very strong smell of paint as our group toured, and we saw many workmen trying hard to complete their tasks. This amazing effort combines six separate play areas, (each with bomb shelters), providing amusement and entertainment for children of all ages, from babies and toddlers to teens, with movies, computers, indoor soccer, food court and an area which turns into a night club for teens in the evening. But, alas, there’s no Merry Go Round, because stopping it takes more than the 15 seconds needed to run to the bomb shelter…what can you say.
Warm Regards from Ron and Marcia

Other Impressions of CAARI’s day
We arrived in Sderot – all was quiet – not many people around and in fact to some of us it reminded us of a ghost town….no one waiting a the bus stops, few people going into stores, no schools kids outdoors playing….just quiet. Neil, our guide took us to an observation point – the one used by the press during the war, to view the area, including the close proximity of Gaza. Hats off to JNF and their donors for building the indoor playground. Shahar, the Director of Tourism, gave us a tour of the facility and explained what this will mean to the community. Next year, we will look forward to seeing children play in this wonderful new facility!

Our group decided that it was important to support the town of Sderot so we had lunch in several of the local shops – great falefal!!! The few residents that we met thanked us for being there and supporting them.
Back in Tel Tev – In the evening we celebrated Tu’bshvat with teachers, hospital staff and invited guests at our Appreciation Dinner. This gave us a chance to socialize with our community service hosts and thank them of providing us with the service part of the CAARI program. Not only did we have a sumptuous dinner, but Gidi and his keyboard provided us with great entertainment – we also saw some “fancy” dancing by Mark and Esther Francis!
Regards,
The CAARI Clan