Israel Elections and Our Tour! 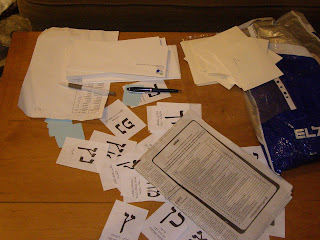 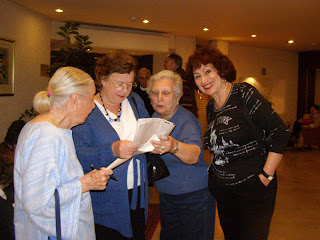 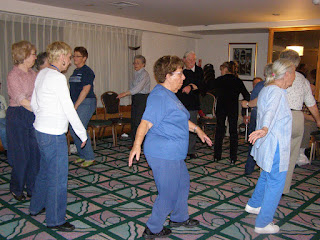 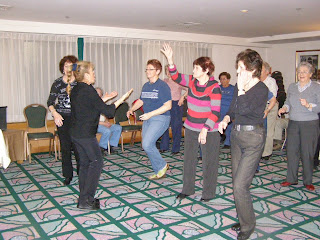 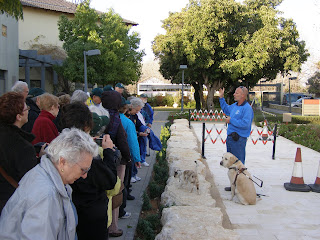 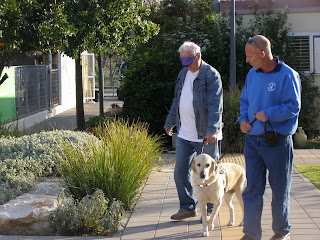 Elections, Dancing and visit to Israel Guide Dog Center by Marcia and Ron Bercov – Edmonton, Canada
Well, as everyone knows, Israel had its election on Tuesday, February 10. Schools were closed, as they were used as polling stations. Not qualified to vote officially, our group held its own “elections” and the winner was Tsippi Livni – she was also the winner in Israel. But, as this is being published on Feb. 21…Bibi Netanyahu is the one that has been asked to form the new government. Never say things are dull in Israel politics!
Election evening we enjoyed a rousing folk dance session, led by Sarah, an energetic and talented Israeli lady who also leads dancing on the Tayelet on Saturday mornings. She speaks just enough English to impart her enthusiasm about dancing and encourage everyone to join in. Her husband plays some lively music to accompany the dancing. Great way to stay fit and happy…
Which leads to the explanation of the subject line of this letter.
On Wednesday morning we set forth for Balfour School for the second last time. In the teacher’s room I spied a familiar face and approached the lady in question. Yes, she was the one! The same lady mentioned in a previous note, the one who I recognized at the dancing on the Taylet from both this and last year. She works as a couselor at Balfour. She came originally from Philadelphia, and has been living in Israel for many years now. (and, by the way, she never met my Aunt Tillie from Philly, which shouldn’t be too surprising…)
On Wednesday afternoon our CAARI Group went to visit the Israel Guide Dog Training Center. The establishment of this center made it possible for the first time for Hebrew speakers to use guide dogs! Until then, blind or partially sighted people had only canes or assistance of others to help them in their daily lives. Now the Center trains and supplies dogs to people in this country. We met Itzik and his Partner for Life, Jimmy, a mixed Lab and Golden Retriever. Itzik explained, with the aid of Noah Braun, Director of the Center who translated from Hebrew, how he started losing his sight at the age of seven, and then at age 17 was completely blind. Some years later, after Jimmy became part of his life, Itzik was able to do so much more for himself and his family, even take his children to pre-school. To demonstrate how a guide dog helps, Noah asked for a volunteer to put on a blindfold and be guided by one of the dogs. Our group watched as the guide dogs took the brave volunteer, Mark (from New York, where everyone is brave!) through the designated course, around obstacles along the path. Afterward we visited the kennels and learned how the dogs were selected and trained. A very inspiring story…
Stay well and keep warm.
Shalom and best wishes,
Marcia and Ron