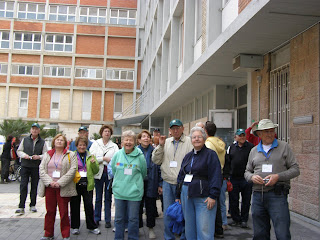 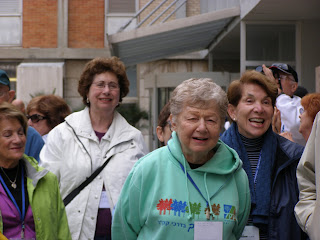 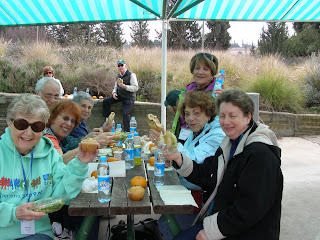 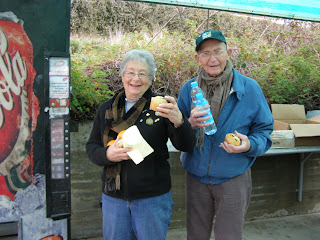 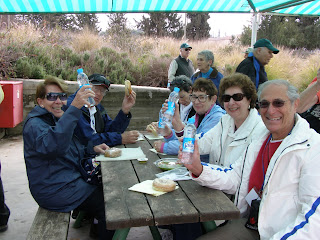 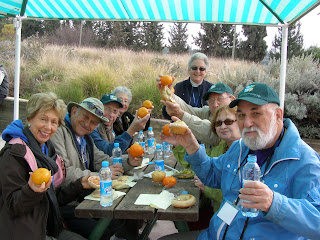 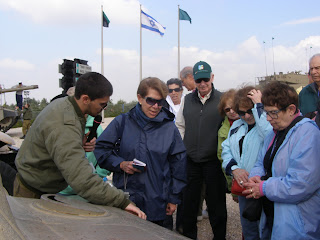 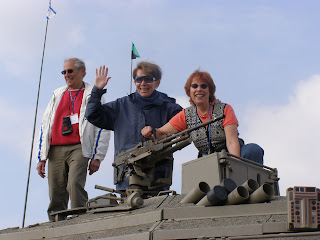 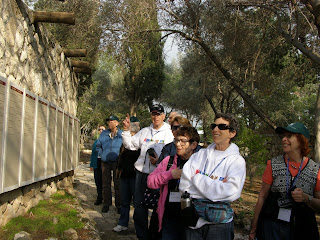 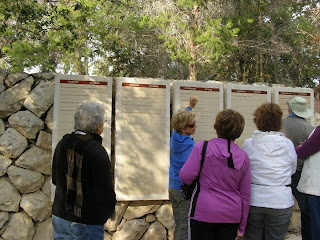 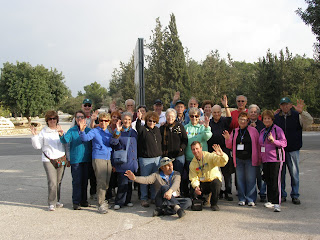 Shalom,
Another rainy forest day – disappointing! But, our leaders, Susan and Neil, came up with a great ‘game’ plan! We boarded the bus around 9:30, giving us a chance to ‘sleep in’ after our long day in the Negev on Monday. As skies were clearing, we headed off to Jerusalem. First stop, the dramatic Chagall Windows at Hadassah Ein Kerem Hospital. Just beautiful! One of the representative spoke to us about the work that is being done here, including the Da Vinci Laser, a robot for abdominal surgery that leaves no scar – now being used at the hospital. Next, it was outside to see the trauma center with the heliport atop it, that can function on its own for a month in case of emergency, the 3 story addition to what is now the Charlotte Bloomberg Mother and Child Center and the spectacular new Davidson Tower – about half-built – which will have 19 stories,
Then – with our bagel lunch in tow – we headed for Latrun – Israel’s Tank Memorial and Museum where we enjoyed our lunch under sunny skies.
This is the site of many tank battles during the War of Independence. We had a guide who was born in L.A. and is almost finished with his service who was absolutely wonderful in explaining about the tanks and the improvements the Israelis have made.
Before heading home, we stopped at Canada Park where many of the Canadians recognized the names of donors. Lovely JNF Park for all to enjoy!
Another great day – rain or shine!
CAARI 2011
(contributed by Rosalie Whitehill)