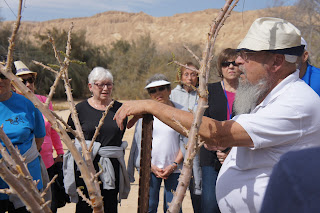 Life in the Arava Valley.  Over the days while we were in Eilat, we visited several kibbutzim and communities which gave us incite as to those that live there and what life is like.  Those that from from big cities or even small towns in the States and Canada wonder what motivates people to live in the desert environment.

Kibbutz Ketura, located about a 30 minute drive north of Eilat is a unique community. It was founded in 1973  by a group young people from the USA,  members of the Young Judaea youth movement.   There were many struggles in the beginning, but today it is a one of the success stories.  We met two of those who have been there since the beginning,  Michael and Dr. Elaine Soloway, who gave us a tour of the kibbutz.  They are a amazing and dedicated. 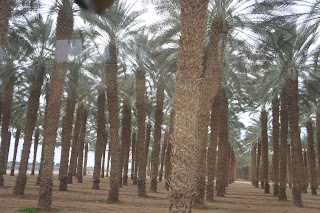 There are about 450 people living on Ketura, members and their families, students in the Arava Institute of Environmental Studies, and volunteers.  The Arava Institute is an  environmental and academic institution working to advance cross-border environmental cooperation.  The date plantation continues to be a major industry on the kibbutz, in addition to Arava Power and a growing biotechnology company, Algatechologies. 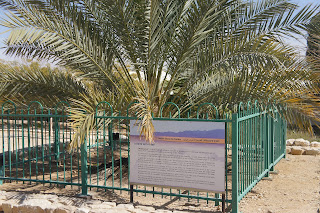 During our tour Michael discussed the medicinal plants that are being studied and Elaine proudly  discussed the  2000 year old Masada date seed that she has raised in the experiential laboratory.  A fascinating incite into life in the desert.  Did you know: the name, Ketura  was taken from a nearby hill and wadi, and is also the name of Abraham’s second wife! 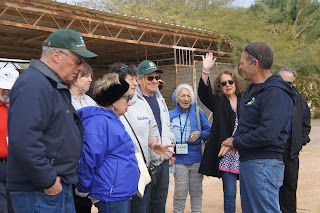 Another fascinating desert community that we visited was Zukim, a community founded in 2001 on land vacated by a Nahal  army camp.  Those that founded the community did not want a kibbutzim, but a place for other types of enterprises.  Many people are from central Israel who wanted a different life that the big city. The Sapphire  Society, from JNF- USA are major supporters of this new concept in community life in the desert.  In fact, CAARI was there for the official dedication back in the early 2000 years. 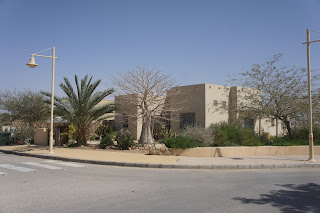 We drove around the community with one of a regional council member.  First there were three house and now over a hundred with another area planned.    We met a lawyer from Tel Aviv, who moved down there with his family for a simpler life.   Guest houses now dot the hillside and the community has playgrounds, shops, restaurants and soon a community center.   Another amazing place!

Thursday (February 22) morning we left the beautiful weather in Eilat and on to Jerusalem for the last week of CAARI 2018.  Time sure flies when you are having a wonderful time.  Our first stop was a place most tourists and visitors don’t see – a desert research center. But, CAARI takes us to the unusual! 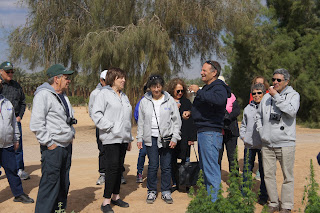 The Southern Arava R & D advances,  diverse fields of  research for local farmers and gardeners assisting  them in growing desert vegetables, fruits & flowers under the desert conditions, such as the type of water, soil and weather conditions.  One of the new projects they are working on is on the date palms, a major product of the Arava.  This helps farmers in producing tasty, longer shelf life and profitable products for the market.  JNF and KKL both help support these much needed R&D Centers. 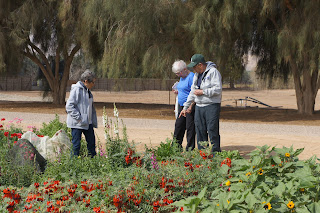 By Pearl – “On Thursday we visited the R&D Centre in Arava. By the way, the Arava is the central desert region of Israel which produces 50% of Israel’s fruits and vegetables. Here tomatoes grow on the ground and are watered by IOD, irrigation on demand, a computerized programme which uses sensors. Date trees are also watered the same way. They are also growing beautiful flowers IN THE DESERT!”

On to Jerusalem!  Dinner at the King’s Hotel! 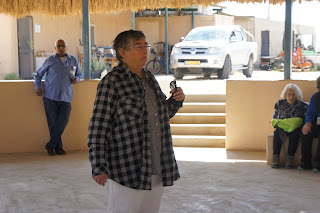 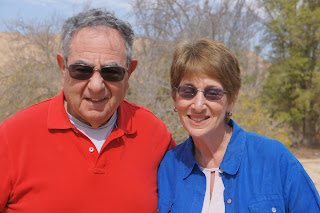 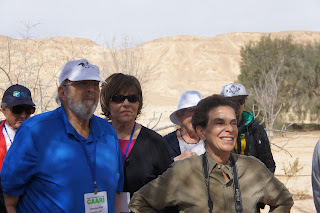 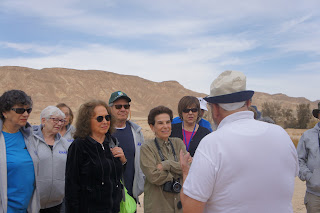 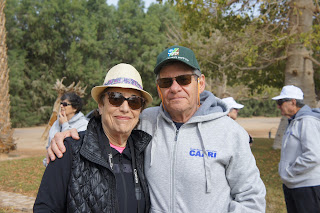 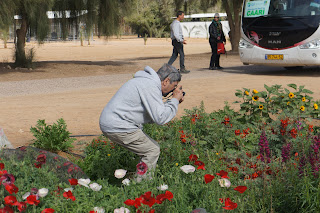 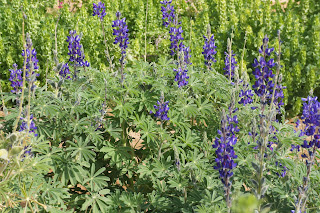 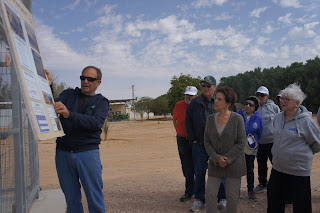 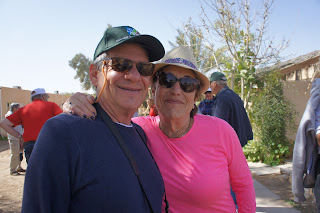 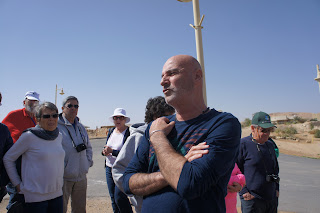