PrevOur Trip to the Galilee by Anice Stark (Toronto, Canada)
L’Hitraot to CAARI 2010 with SongNext 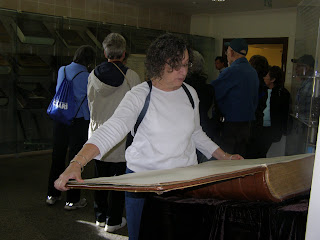 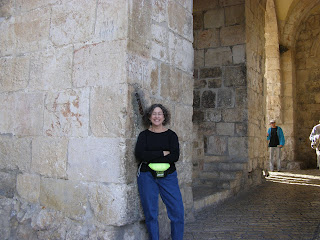 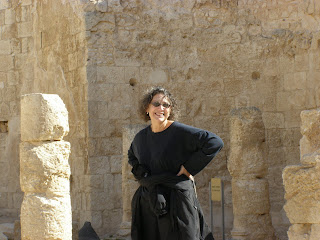 Shabbat – January 30, 2010
A special Shabbat for me once again. My friend Rella and I attended a concert in Abu Gosh. Abu Gosh is a scenic Arab village between Tel Aviv and Jerusalem. The village overlooks the hills of Jerusalem and has always had a positive relationship with Israel. The concert was held in a form Crusader Church in the Chapel of the Virgin Mary. The performance was a selection of 4 Bach Cantatas. What mixture of cultures!! Where else could this happen? Only – Israel!
Israelis say “thank you” – Friday, February 12, 2010
On this glorious day, our tour brought us to the beautiful Baron Rothschild’s Garden and Tomb outside the charming village of Zichron Ya’acov. A spectacular beautiful park, including a fragrance garden, palm garden, cascading garden with an explanation of water use and re-use completed that at the garden. It’s a peaceful, calming place to spend an afternoon.
On entering the park a woman guard approached me and asked about the CAARI group. Were we really volunteers? Were we from Canada and the USA? Why would we want to volunteer in Israel? I explained the program and how I had just retired in June. I had alwasy loved Israel and now had the time to give back to the Jewish Homeland! She was so touched and actually filled up with tears. A she hugged me, she said “thank you very much for your effort to my country!” I left her with a few tears too!