Prev“Our Tour”- January 14, & 15 by Rosalie Whitehill and the Starks
Susan Stock (New York) ” My Thoughts” including the IAI visit – Monday – January 19Next 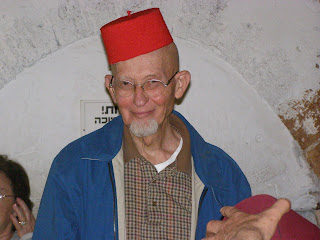 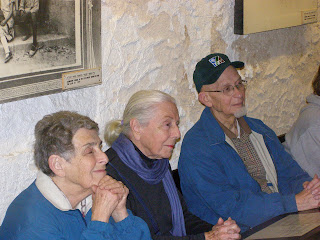 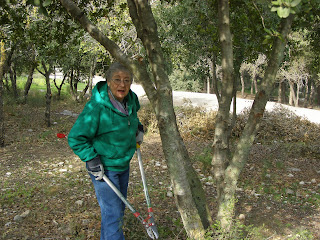 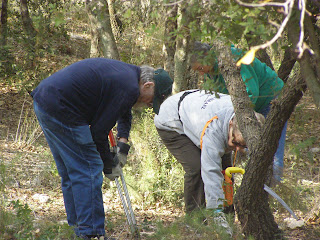 Forest Work and Touring by Joan and Bernie Hulkower (Long Island)
It has been a very busy week and we have 3 days to go!
Sunday after community work, we drove to the Israel Aerospace Industries (IAI) facility. Israel Aerospace Industries, employing 16,000 workers, is globally recognized as a leader in developing military and commercial aerospace technology. We had a terrific tour and learned so much about one of Israel’s leading industries. We were fascinated by the UAV’s unmanned aerial vehicles – of all sizes and shapes. They range from one (1) pound to 500 tons! One of the uses of the UAV’s is that they allow military ground forces, to see via cameras, what is going on the ground. In addition to the UAV’s, IAI converts passenger planes to cargo planes, as well as many other aerospace functions. I think each of us felt as sense of pride in the accomplishments of this Israeli company.
Today, Tuesday, January 20, we spent our morning in the Canadian Ayalon Forest. As usual, we were quite productive – we pruned trees, shlepped the cuttings, snacked on oranges, had a tour of the Roman Springs and heard the history of this special area. After…picnicked on tasty sandwiches – the weather was sunny and in the 70’s!
Two volunteers (Moaz and Eyal) from KKL were are guides for the morning. They said that they couldn’t believe how much work we accomplished. They said that the other day some IDF soldiers volunteered in the forest and these 18 year olds didn’t do half the wo

rk that we did – maybe at our age we are more experienced? Moaz and Eyal have volunteered to perform community service work before going into the army. They have elected to do this and requested to work in something that dealt with the environment and nature. We are always amazed at young Israelis and their commitment to Israel and the sense of pride in the country.
Then on to the museum in Rishon L’zion, the first town in Palestine inhabited by 17 families from Russia and the Ukraine in 1882. Today, it is the 4th largest city in Israel. The museum was a wonderful walk through history and we could envision life of the early pioneers.
We ended our day with an early dinner in order to watch history in action – the Inauguration of President Obama. An exciting time and day!