PrevOur days- Wednesday and Thursday – 26- 27 Jan.
Rained out Forest Day – Visit to Jerusalem for the DayNext 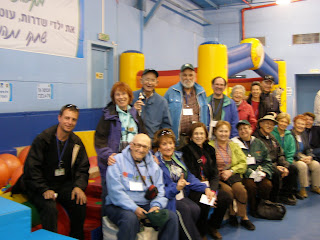 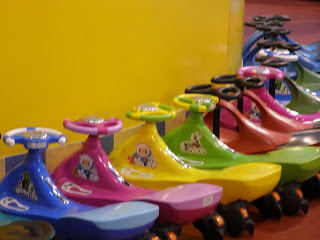 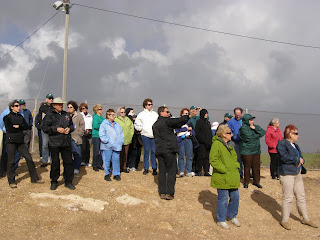 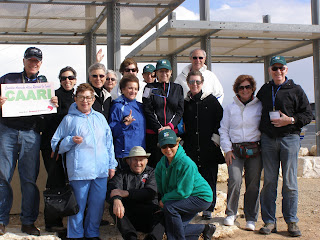 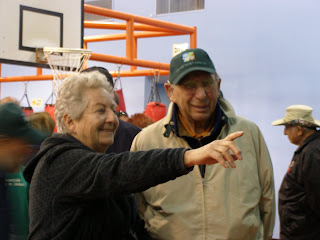 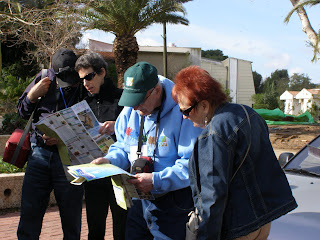 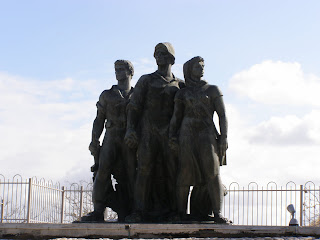 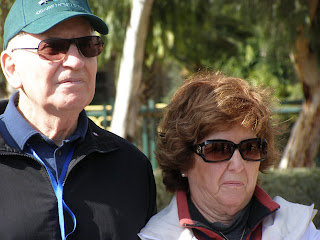 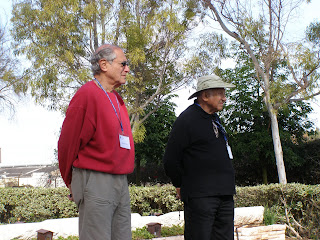 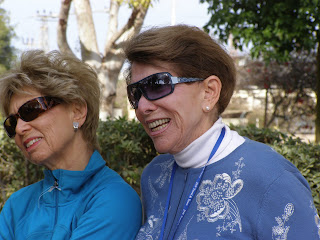 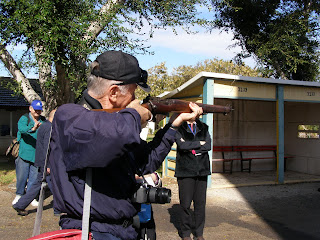 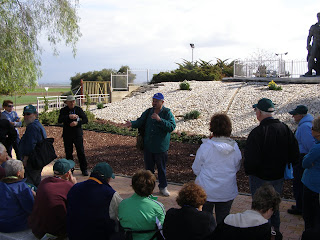 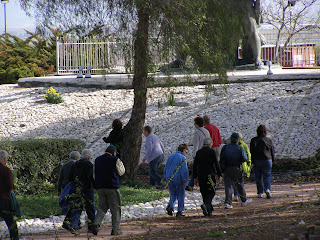 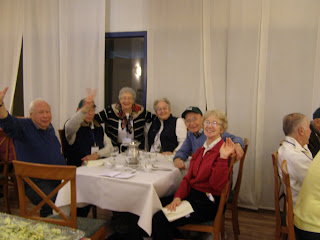 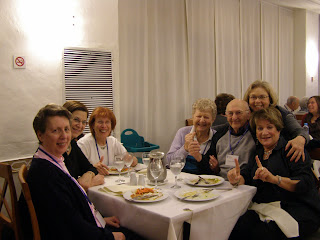 Shalom,
The CAARI beat goes on! Sadly, we said l’hitriot (goodbye) to some of our CAARI friends who joined us for the first three weeks. Happily we greeted 13 new participants who joined the group. Our first day together was a touring day in the Negev. We visited Kibbutz Negba and met Meir who described the early days of the kibbutz and their efforts to turn back the Egyptians in the War of Independence. The impressive sculpture by Natan Rappaport overlooks the kibbutz’s military cemetery. We also got to see some of the weapons that were used in the war. From there we traveled to Kibbutz Yad Mordechai which also fought against the Egyptian Army but tragically lost the fight after 6 days. We can only admire the soldiers who fought in these battles. After a little lunch we headed south, stopping the JNF Canadian reserviors at Nir Am where Neil described our view with Gaza in the distance. We continued driving south, stopping at a lookout and hillside to view Gaza and the Israeli communities along the border. This certainly gave us a new perspective of the area. Our final stop was the fabulous JNF-USA indoor playground in Sderot! Wow! We were there 2 years ago – it wasn’t quite finished and now – a wonderful, safe place for the children to play!
CAARI 2011