February 12 – half tour day in Neve Zedek! by Rosalie 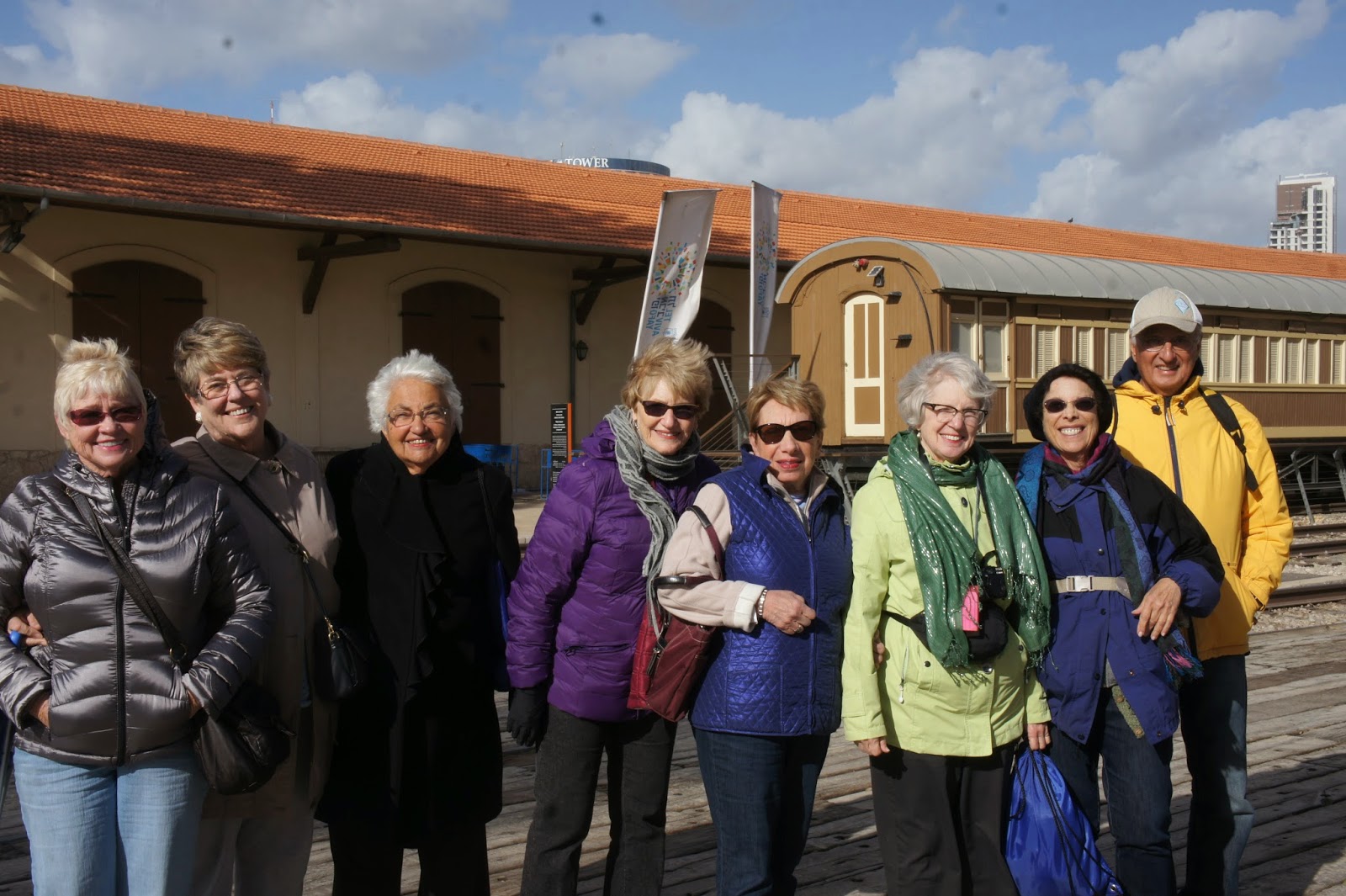 As you can see by our dress – the weather has changed, but we are still able to tour and enjoy the sites of Tel Aviv. 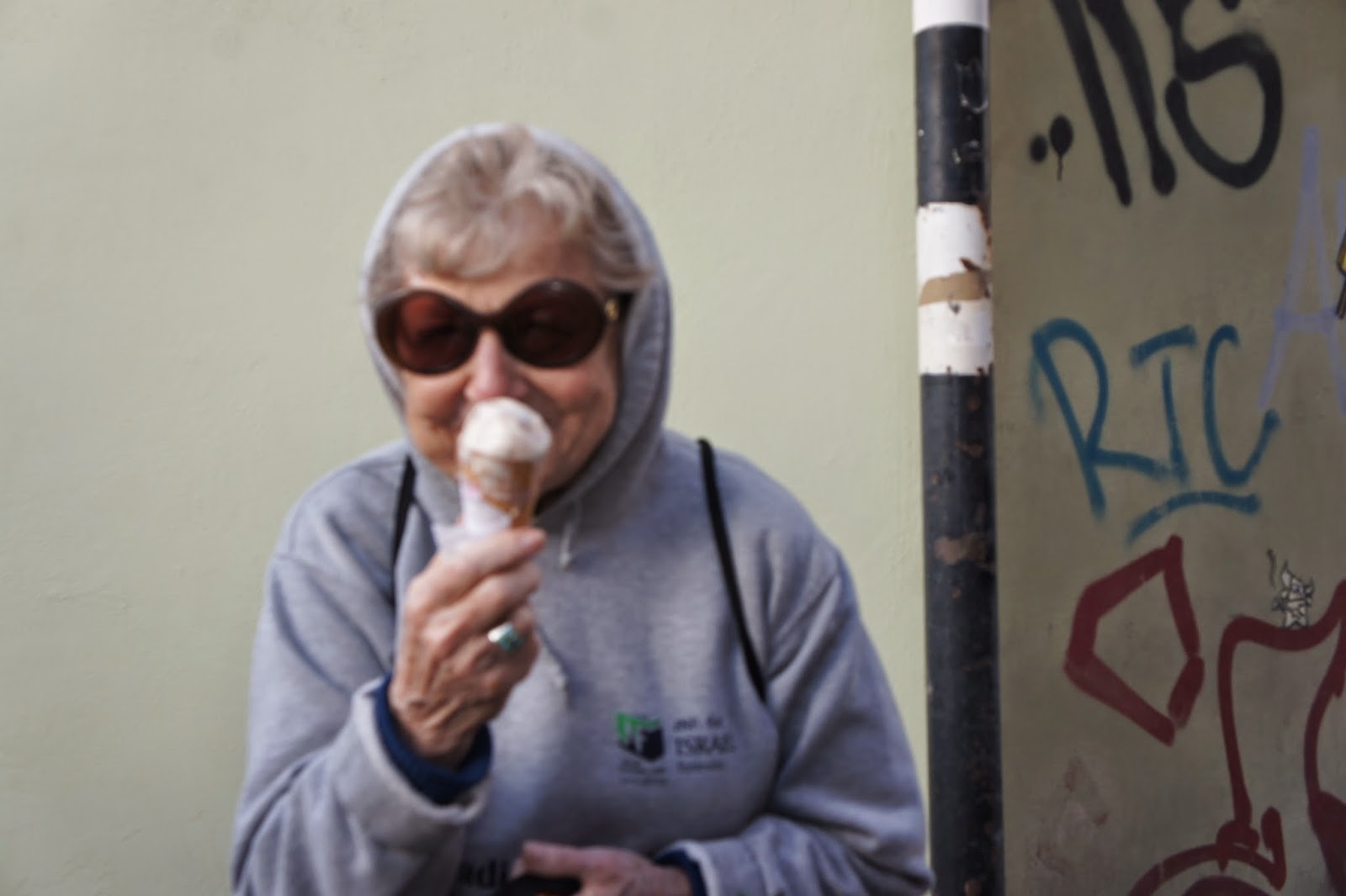 by Rosalie – “Thursday, after school, we had a marvelous walking tour of the old Railway Station just above Jaffa…on the Jerusalem line…..and then Neve Tzedek, the oldest Jewish area outstide of Jaffa, before Tel Aviv.  I had visited the area numerous times before, but learned so much from our terrific guide (also fine sense of humor).  He pointed out the homes in the Bauhaus style of architecture as well as those he called, eclectic…..more like a mish-mash.  Many places are being renovated, some homes being built behind the original facades, and there are many upscale shops, jewelry stores, restaurants, as well as historic homes in this charming are with narrow streets.”
And…even though it was a bit chilly, many of us enjoyed an ice cream cone!
In the evening we met 4 new people joining the CAARI Program. 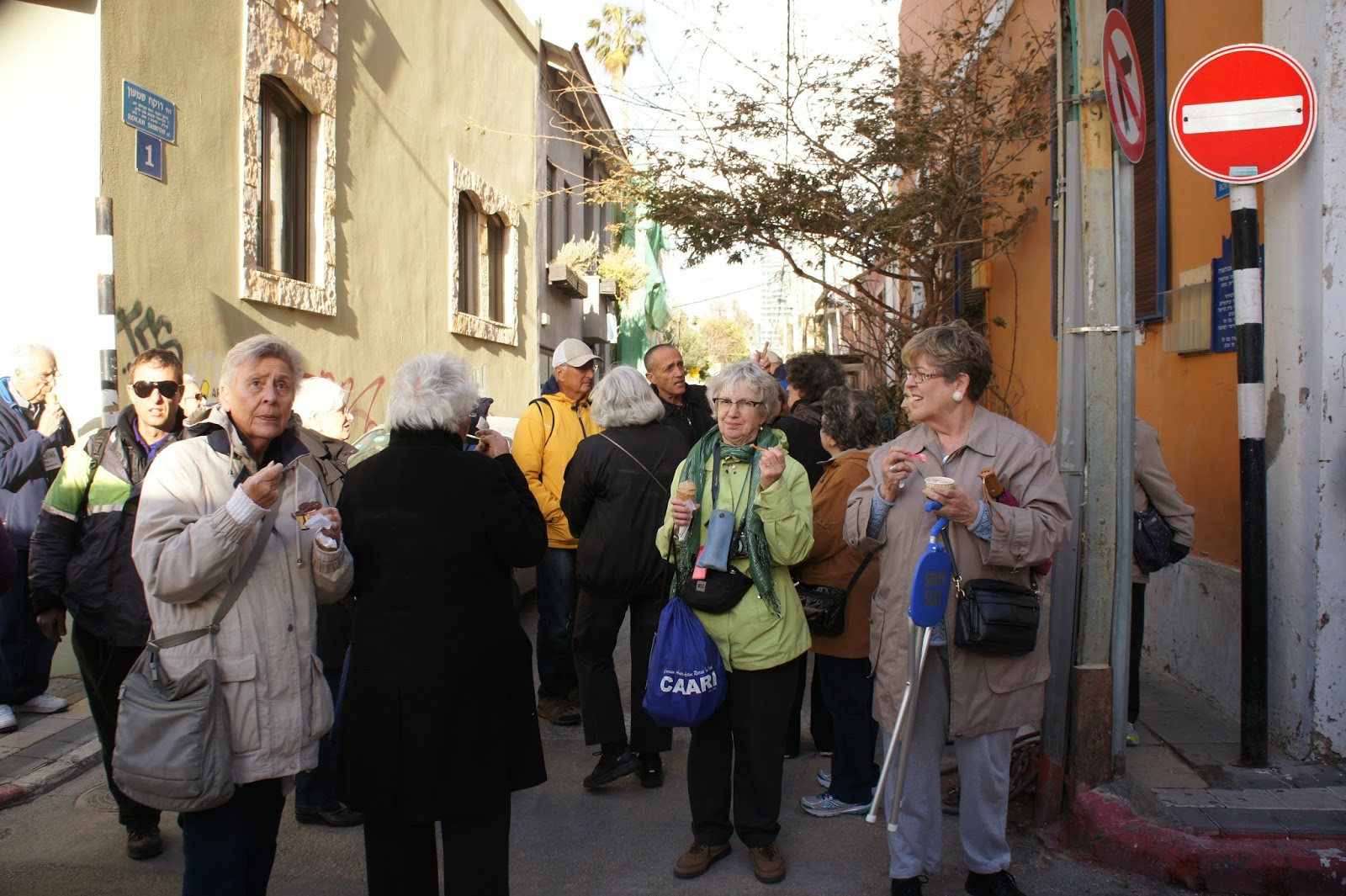 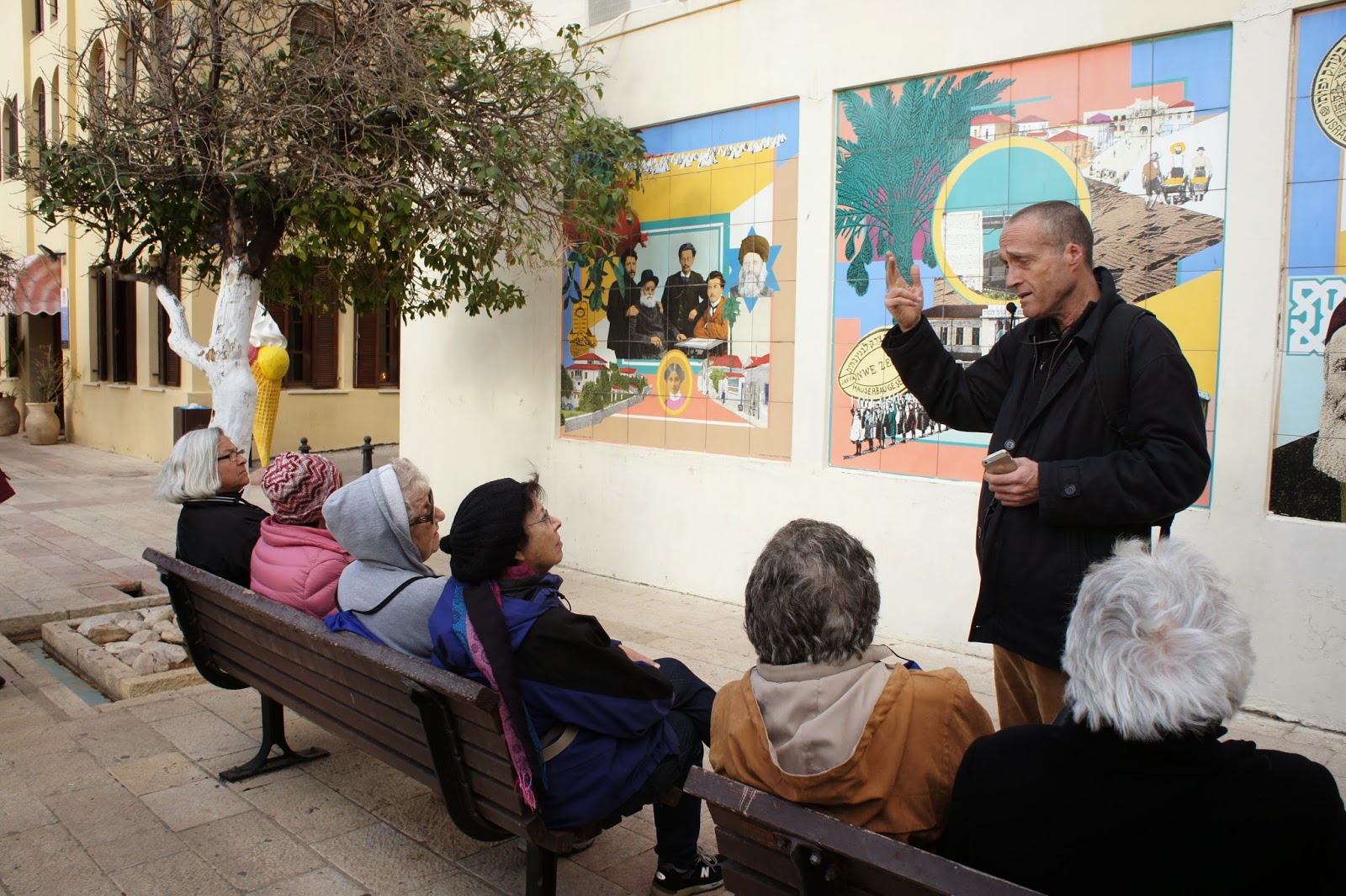 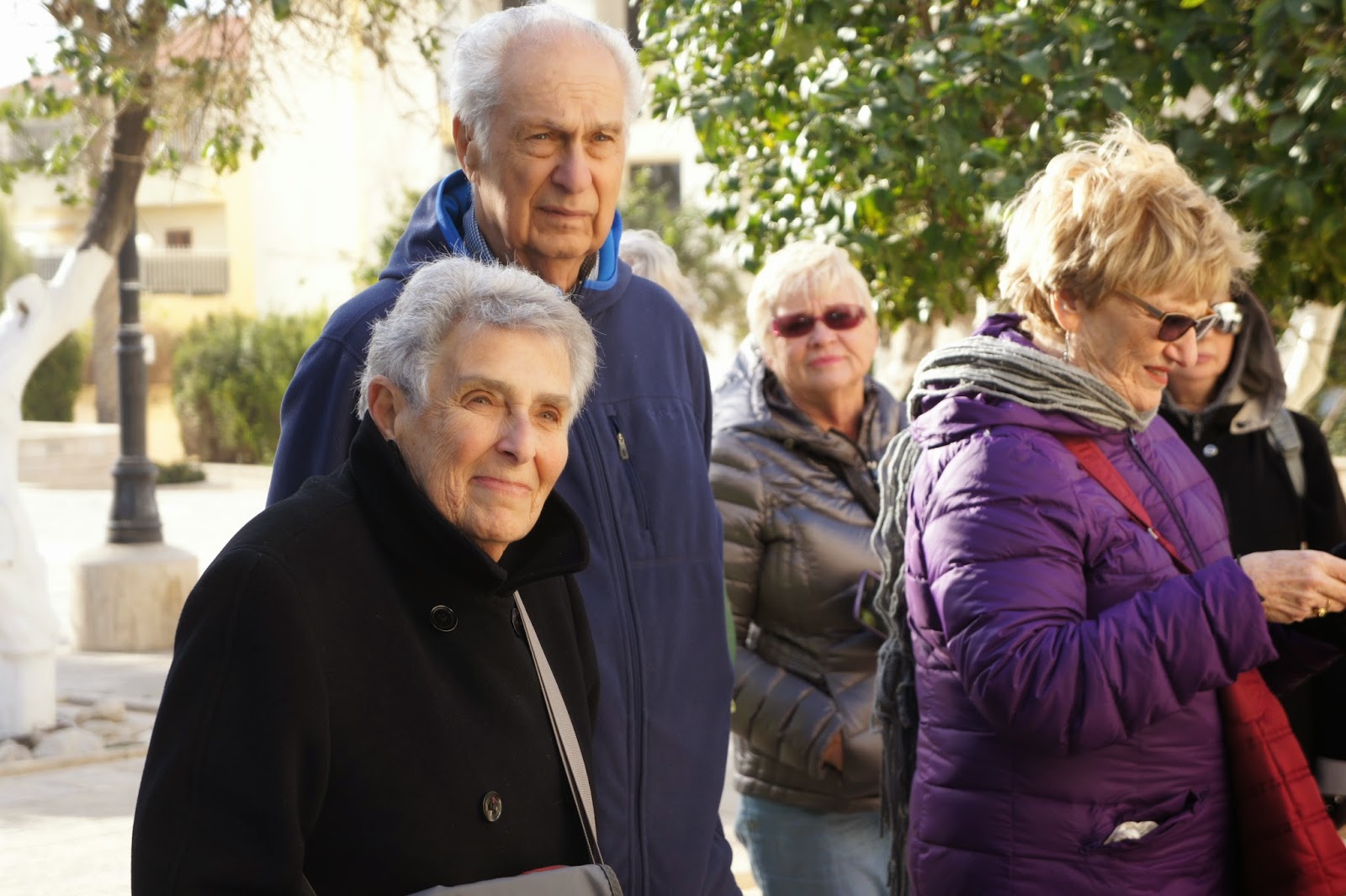 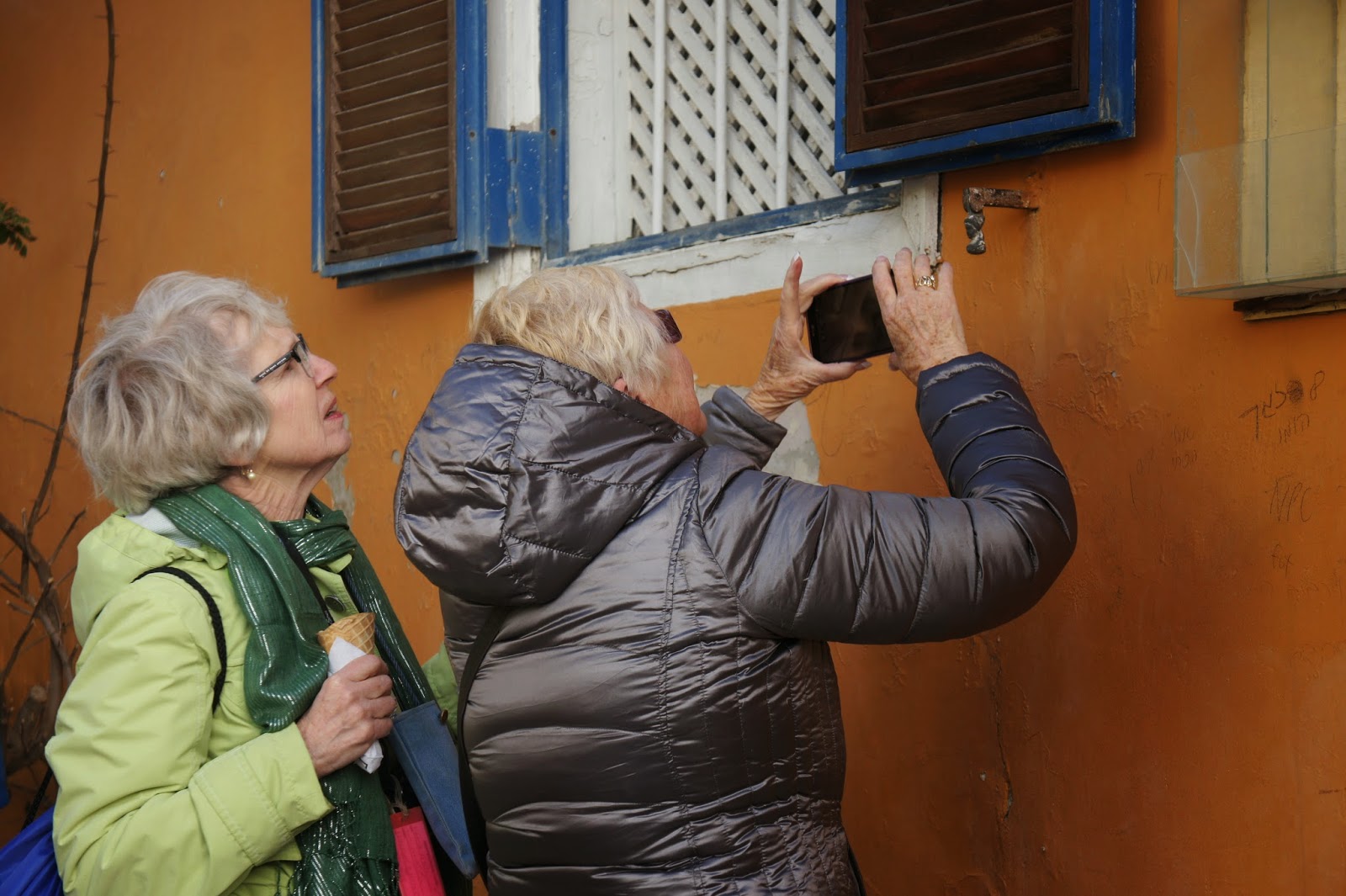 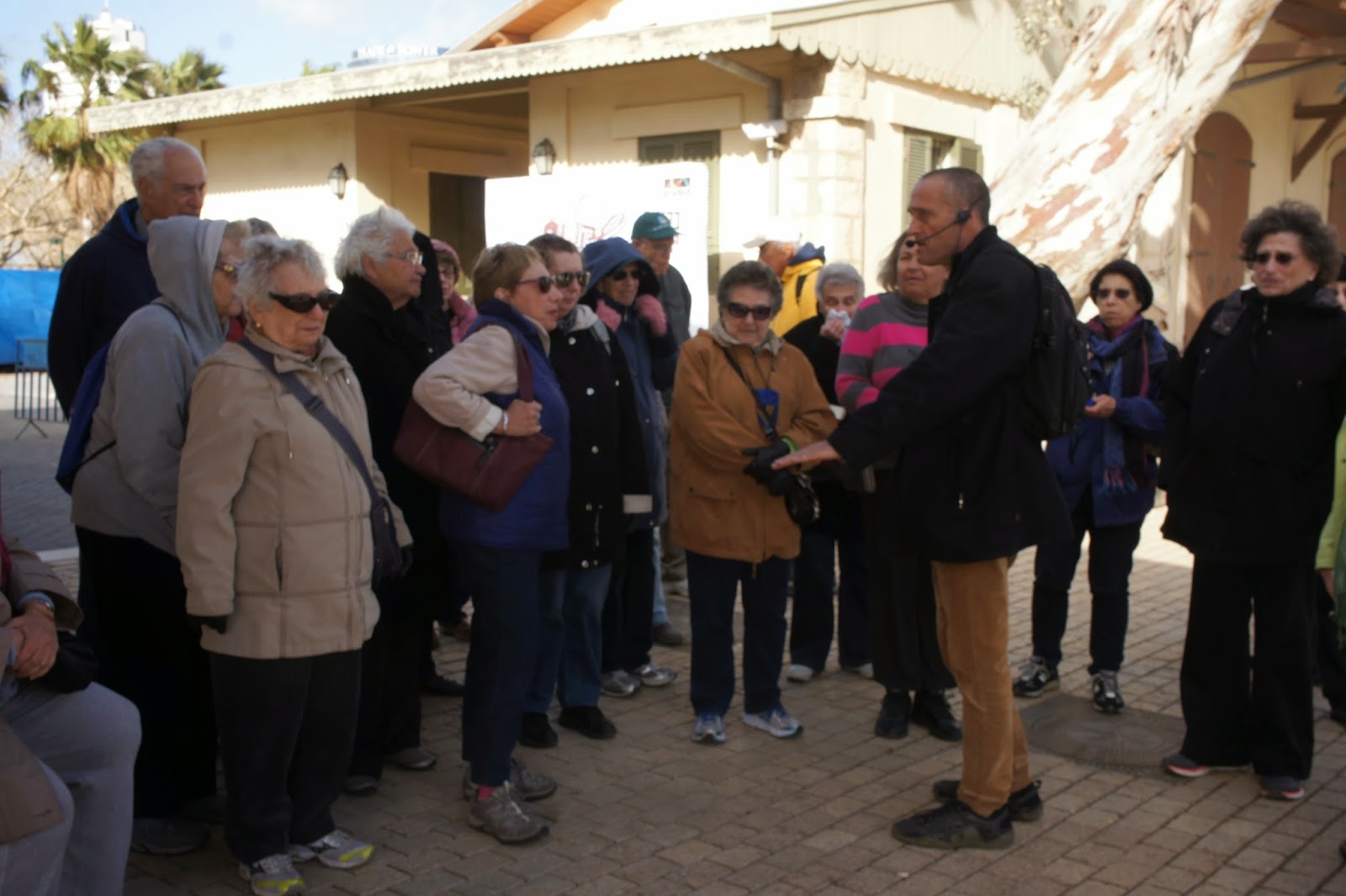