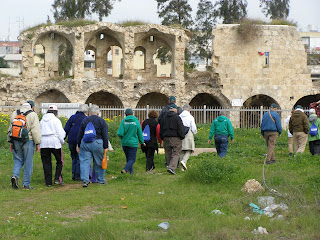 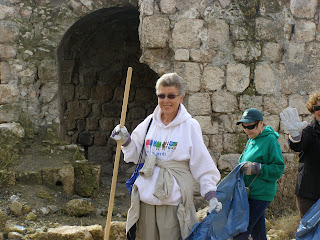 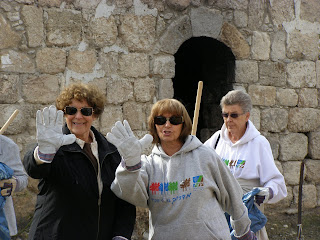 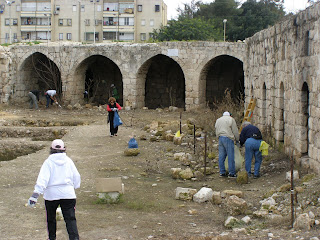 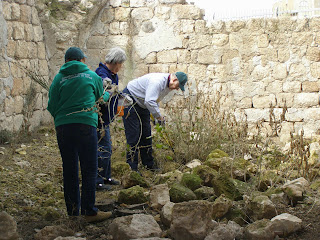 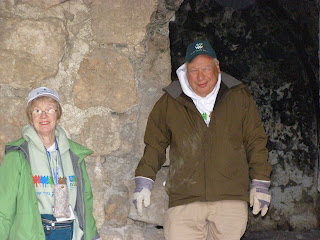 Greetings from sunny Tel Aviv,
On Monday our CAARI group dressed in work clothes to travel, for our first time, to Lod to do some clean-up at an archaeological site. There we met our host Yuval Gadot, Professor of Archaeology at Tel Aviv University to learn about a new concept, Community Archaeology. This brings together children from many kinds of schools in the area – Arab, Bedouin, and Jewish – to clean up sites, dig, and collect artifacts as they learn about the past, while at the same time forming new friendships.
Lod is an ancient city and has been occupied continuously, with one civilization after another. At one time it became a Christian city, and tradition says St. George was born there, and he is buried at St. George’s Greek Orthodox Church in the city. But back in the mid 8th century, Lod was a capital city, until Crusaders moved the capital to Jerusalem. Today Lod is home to many Ethiopian Jews. Well, getting back to the work clothes, our group started the not so glamorous, but necessary task of literally cleaning up an enclosed area called the Khan, an inn where people who travelled in caravans stopped for rest. Here, excavations have uncovered more levels of civilization. School children will visit the site and in time continue the work. Coincidentally, while our group was taking a lunch break inside the Khan, a class of children aged around 10 or 11 actually came inside with their teacher and a young lady who was doing a year of volunteer service. This is part of the effort to bring community pride and teach the residents about the history of their amazing city.
Shalom and Warm Wishes,
Marcia and Ron