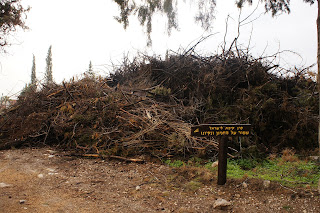 Tuesday is Forest Day and our destination was Horshim Forest – one of the sites of the terrible forest fires this past November that destroyed more trees than the Carmel fires in 2010. 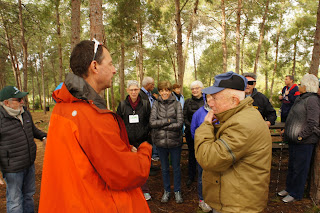 CAARI has worked in this forest for the past 4-5 years.  It is a special forest to Nahum, as it is in memory of his commander, Hezi Sapir z”l a platoon commander killed by a bicycle bomber along with two other officers.

Although the temperatures were not exactly ideal, and rain was predicted, we packed the bus with our ‘picnic lunch’ and off we went determined to work!

By the time we reached the forest, the sun was out, partly blue skies and we were ready for the challenge.
We were greeted by Miri and Yashkeeh, Hezi’s sister and Father. Yashkeh is a survivor from the Lutzk Ghetto in the Ukraine and was a platoon commander in the Palmach. With Yashkeeh’s marching orders, we were divided into three groups. With pick axes, rakes, hoes, paintbrushes, we began our assignments as instructed, to restore the vineyard and antiquities that were damaged by the fire.  CAARI cleaned some of the marked trails and stone paths, dug drainage ditches, painted signs and picnic tables and by noon CAARI was ready for lunch.  Yashkeh took us to the overlook named for his son and Nahum our guide explained the defensive barrier built in response to the Al Aksa uprising in 2000, the green line and the Palestinian City of Kalkilyia and the Community of Alfei Menashe. 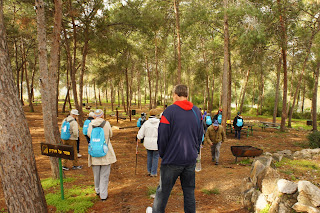 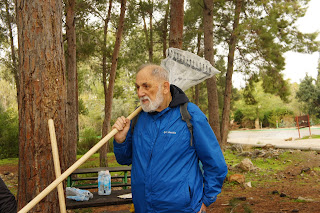 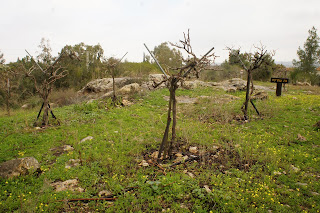 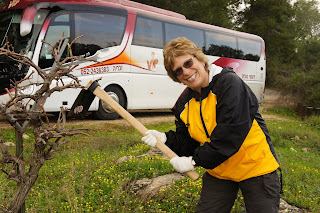 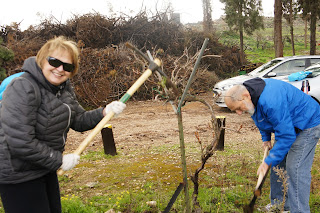 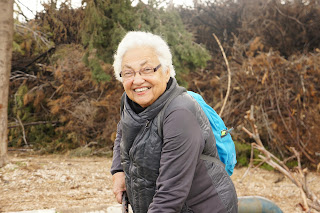 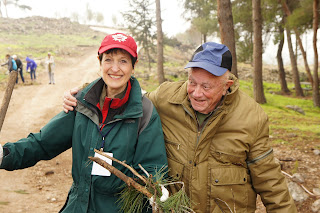 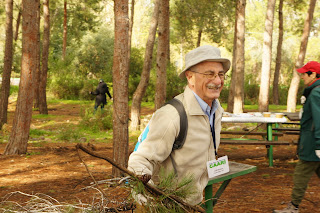 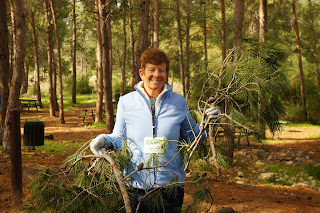 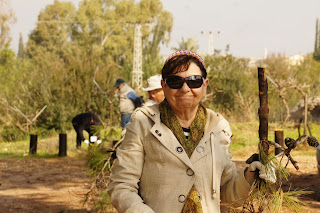 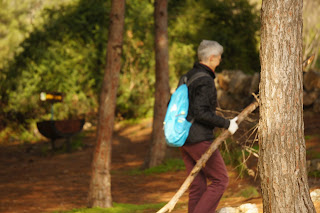 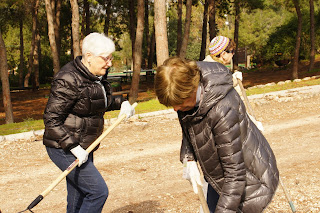 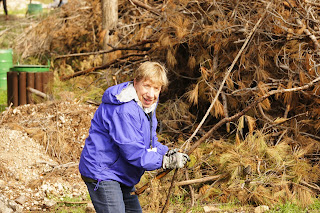 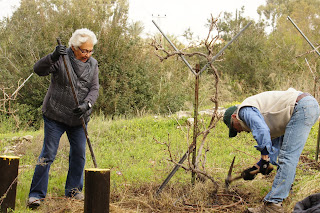 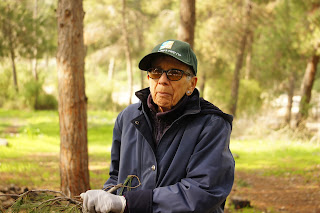 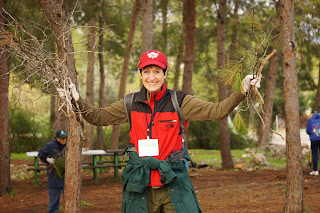 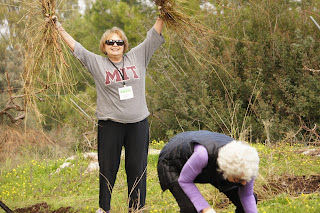 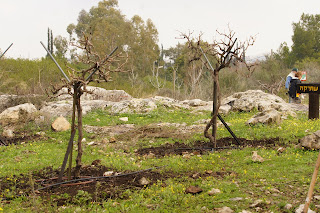 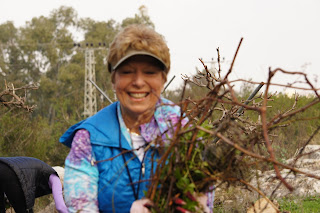 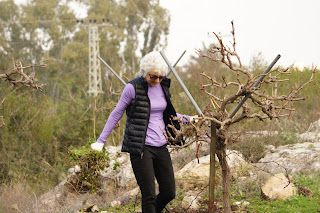 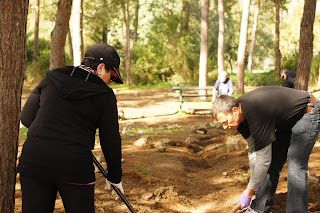 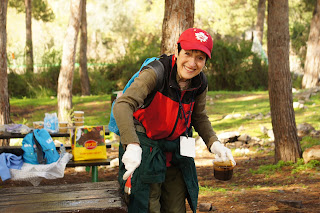 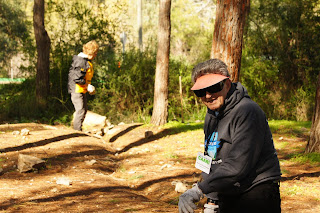 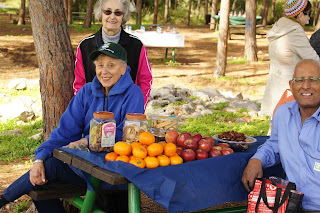 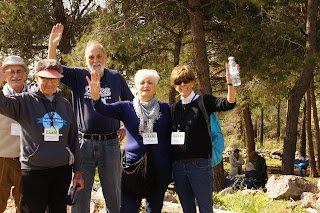 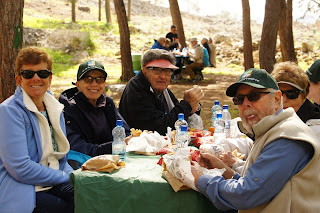 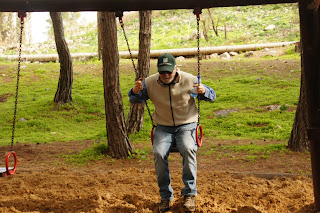