Off to the Negev for the day including a visit to  Beersheva,  known as the ‘capital’ of the Negev.  If you haven’t toured the area  in some time, you will be surprised with the changes and growth of the area.  Our first stop of the day was at the company headquarters of Soda Stream.  Many of you may be familiar with this company if you like soda water and other carbonated beverages.  It is the ‘environmental’ way to go! 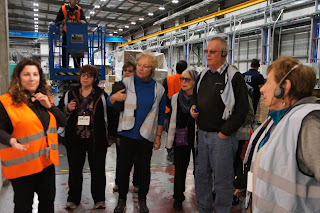 Soda Stream is an Israel-based manufacturing company, known as the maker of the consumer home carbonation product of the same name. The device, like carbonates water by adding carbon dioxide from a pressurized cylinder to create soda water to drink – no more bottles to ‘schleep’ home or back to return empty bottles to collect deposit.  Debbie, a long time friend of CAARI and the Soda Stream PR person, warmly greeted the group for a tour of the facility. 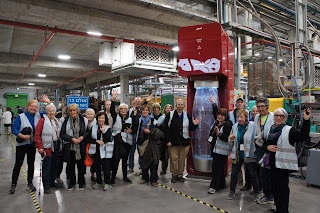 We were quite impressed with the company film and the mission statement of company president, Daniel Birnbaum.   His vision is  that of coexistence, respect and cooperation to foster economic peace.

This is the label that is on every product. 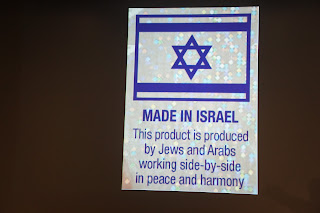 The manufacturing plants employs, Jews, religious and secular, Arabs from the local area including the  Bedouin towns  and Palestinians.  All work together in a wonderful atmosphere, as well as a successful business.  This year, PepsiCo acquired Soda Stream for $3.2 billion. 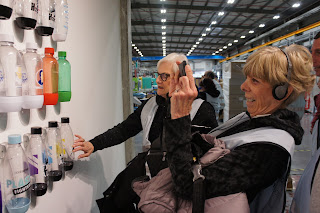 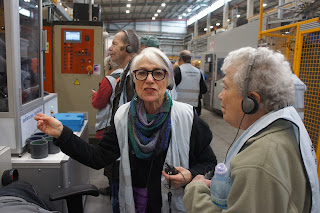 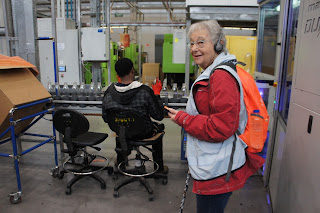 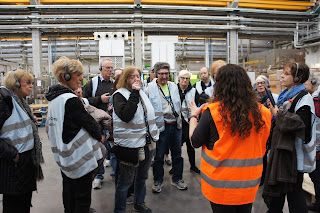 Now off to one of the great projects of the Negev, Beersheva River Park. 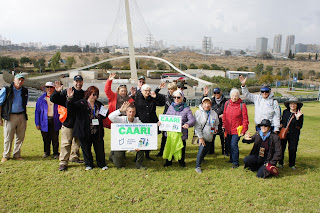 A major restoration project, in cooperation with JNF (Jewish National Fund) and the City of Beersheva has transformed the area, a former garbage dump, into a green park with flowers and recreational activities for the benefit of the people of Beersheva and its environs.  From a walk-way along the river bank, to an amphitheater for concerts and events, to a lake, the JNF and City planners have changed the  City of Beersheva,.  The CAARI group met with JNF’s, Shagar, at the amphitheater of an explanation of what has been done and future plans. 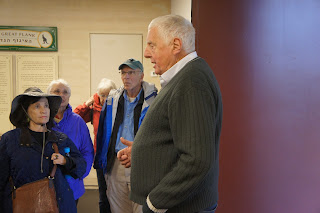 ‘Forward march’, as they would say in the cavalry.  This was a place that was new to most of us, but CAARI takes us to ‘ off the beaten track’ places. 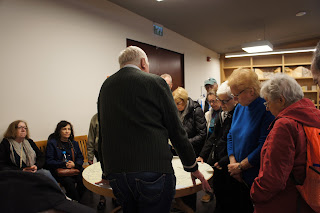 The ANZAC Memorial Center in Be’er Sheva was built in cooperation with the governments of Australia and Israel, the Be’er Sheva municipality, the JNF, JNF Australia to mark the 100th anniversary of the heroic victorious charge of the Australian Light Horse Brigade of between 500-800 horsemen against the entrenched Ottoman Turkish forces in Beer Sheva.

The Center is located near the cemetery for combatants of the First World War in Be’er Sheva. 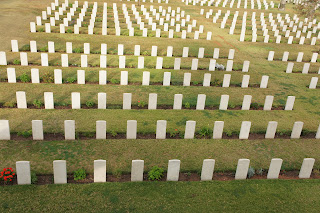 The Memorial is not to glorify the event of war, but to memorialize the story of its victims and the heavy price of the fighting.  The capture of Beer Sheva 100 years ago, was the only city which the Turks built during their rule in Israel.